If you’re using Twitter, you might want to think twice before bragging about all those followers you might have. Some of the Twitter users who follow you might be fake, and their numbers are growing day by day. But it’s not just you, there are a lot of people who seem to jump up tens of thousands of followers in a single day, yet their tweets have very few favs and retweets. This isn’t a new problem, Twitter has been plagued with spam accounts for years, and they don’t seem to care. People from all around the world purchase fake followers to pump up their numbers. Fiverr.com sells thousands of fake followers for $5 per order. These sellers on Fiverr will create fake Twitter accounts that follow a bunch of people, and may put out some fake tweets to show that they’re “real.” So, how do we combat this? How do you spot fake twitter accounts? We have a few tips that may help you out. 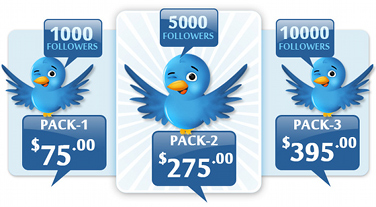 If you see a 100k account with very few fav’s or retweets there is a very good chance you’re looking at a botted (fake) group of followers. Usually, comments are the best way of judging if the followers are real because comments are more difficult to fake. Now we said difficult, not impossible, so try to keep your guard up. Fake followers mostly comment in a very generic way, usually one-liners such as “lol”, “omg”, or they will tag a random person. Genuine followers will usually post a comment that is related to the tweeted post.

While this doesn’t really suggest that the followers are fake, it does in most instances mean that the owner engaged in some kind of automation. When a 100k followers account is met by 100k followed people, you can rest assured illicit programs were used. These programs manage your account, and they automatically follow people all across Twitter. Usually, the program searches for people to follow randomly, and simply follows a bunch of users in hopes of getting followed back. If a user does not follow back within a few days, the program dumps that account and moves on to the next, usually keeping a 1 to 1, follow for follow ratio. This is why you’re seeing so many accounts with the same amount of followers and people followed, and accounts generated in this way are just as bad as the fake ones.

Go over the list of followers on the account in question. If you see names that end in too many numbers or have abnormal looking words, then there is a good chance that they’re fake. Why? It is hard to come up with 100,000 fake names when you’re trying to build a large fake following, so follower sellers resort to random name generators. These name generators need to come up with names that aren’t registered yet, and the easiest way of doing so is adding a bunch of numbers in the nickname. These usernames usually look like this; “Alice013938”, “x__91jhd90”, “Mark889___”, so you see, they’re very easy to spot.

Each audit takes a random sample of 5000 Twitter followers for a user and calculates a score for each follower. This score is based on number of tweets, date of the last tweet, and ratio of followers to friends. We use these scores to determine whether any given user is real or fake. Of course, this scoring method is not perfect but it is a good way to tell if someone with lots of followers is likely to have increased their follower count by inorganic, fraudulent, or dishonest means.

Make sure to check them out: https://www.twitteraudit.com/

Hopefully, these tips will become obsolete once Twitter fixes the spam problem, but we wouldn’t hold our breath. Until then, stay on your toes.