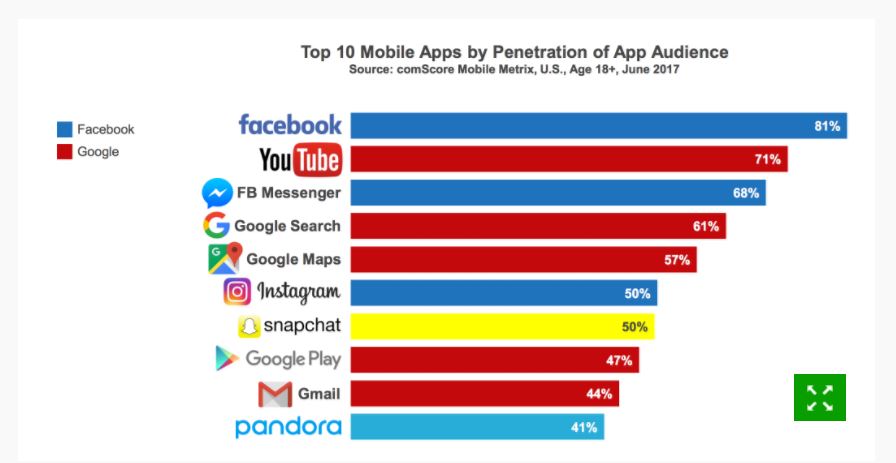 Which mobile applications are the most popular?

We all live in the golden age of apps, but getting people to download and try new apps is still incredibly difficult. According to a 2017 U.S. Mobile Apps Report, 57% of consumers’ time spent using digital media is now taking place on mobile applications. Of that, 50 percent is occurring in smartphone apps vs. only 7% for apps on tablets. The desktop is trailing even further behind, accounting for 34% of time spent, while mobile web is another 9%. 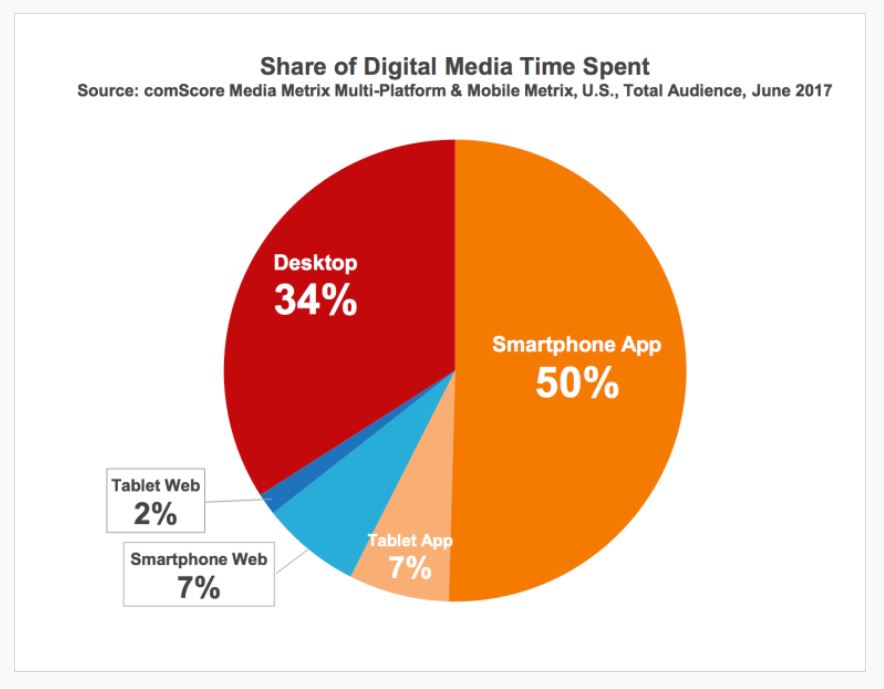 The usage of mobile apps is even higher among younger users. ComScore found that those aged 18 to 24 years old, nearly two-thirds of their digital media time is spent using smartphone apps alone. That percentage drops steadily with the older crowd, with just 27 percent of seniors 65 and older spending their digital media time in smartphone applications, for instance. The younger Millennials (those 18 to 24, that is) are just heavily using apps in general. Usually, they spend more than 3 hours per day on apps, compared with 2.6 hours for 24 to 35-year olds and 2.3 hours for 35 to 44-year olds, for example.

In contrast to these findings of app usage, a vast chunk of users isn’t rushing out to try new ones. A majority of app users (51%) still don’t download any apps in a month, says comScore report. 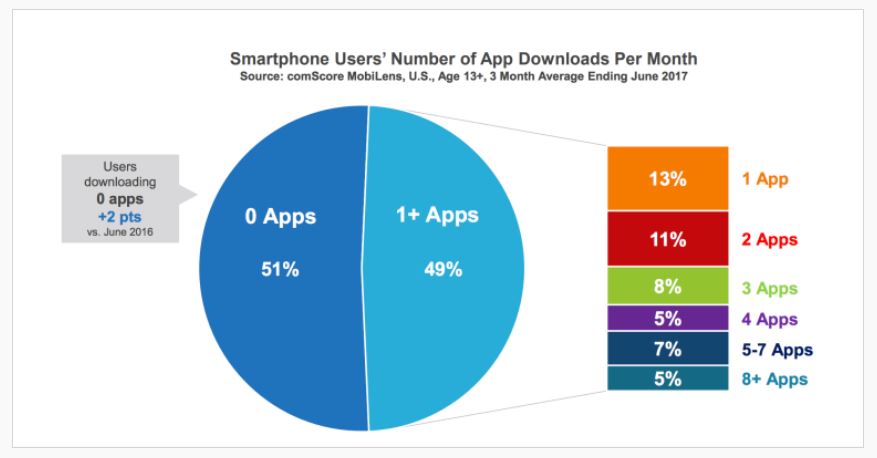 Users who download one or more apps on average in a month (49%), 13% download just one app, 11% download two apps, 8% download three apps, 5% download four apps, 7% download five to seven apps, and 5% download eight or more. And it looks like again, it’s millennials (between ages 18-34) who are driving much of the interest in new mobile app downloads. Over 70% of users say they’re always looking for new apps to try, and they’re willing to pay. 1 in 5 downloads an average of one paid app per month, and nearly half make five or more in-app purchases per year.

So, what does this mean for your average marketer? First, if you are not mobile friendly, you’re missing out on the vast userbase who mostly stick to their mobile devices. Since the conception of the smartphone, mobile traffic is on the rise. It’s becoming so big, it is slowly eclipsing desktop users. The second key point we can conclude is that it seems like there’s not much point in trying to build new applications for anyone but the younger generation, as they’re the only group showing serious interest in downloading more, a willingness to pay, and the ability to adopt a new app at scale. However, with Google and Facebook holding the stranglehold on the top 10 spots of the most used applications, it will be challenging for any newcomer to make a dent in the industry.

The full report is available from comScore’s website here.